Radiofrequency ablation (RFA) is one of two Medicare-approved, minimally invasive techniques for the treatment of major veins, previously treated by vein stripping surgery. 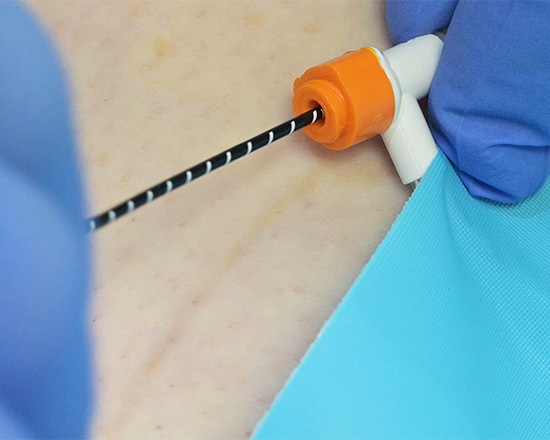 How Does Radiofrequency Ablation Work?

The vein is numbed with local anaesthetic, then with ultrasound guidance a RFA fibre is inserted into the abnormal vein through a tiny incision. The RFA fibre is then activated. The RFA fibre has a unique design and consists of a 7cm long active tip, through which the RFA energy is released. The vein wall is heated along this 7cm section of the RFA fibre.

The fibre is activated for 20 to 40 seconds for every 7cm length of vein, making the whole procedure quick and easy to perform. The release of radiofrequency energy from the tip of the fibre, produces a thermal reaction in the vein wall along the treated section, resulting in collapse and sclerosis of the vein wall with minimal discomfort afterwards.

The published success of radiofrequency ablation treatment is between 95-98%, with far fewer complications than vein stripping surgery. Due to the low temperatures used to heat the affected vein, post RFA discomfort is much less than that experienced with endovenous laser ablation. In our experience, significantly fewer patients complain of discomfort and pain following treatment with radiofrequency ablation than with EVLA.

Watch the Radiofrequency Fibre in Action

What to Expect from the RFA Procedure

A regional nerve block and tumescent anaesthesia is strategically placed along the saphenous vein, which numbs the area.

Vein Health Medical Clinic uses the ClosurefastTM Radiofrequency Catheter for all RFA procedures. The ClosureFast™ catheter heats the vein in 7cm segments with 20-second treatment cycles, resulting in vein shrinkage and occlusion. Only the ClosureFast™ catheter utilizes a segmental ablation technique, allows for rapid and uniform heating of the vein, eliminates the variability associated with a continuous pull-back technology. 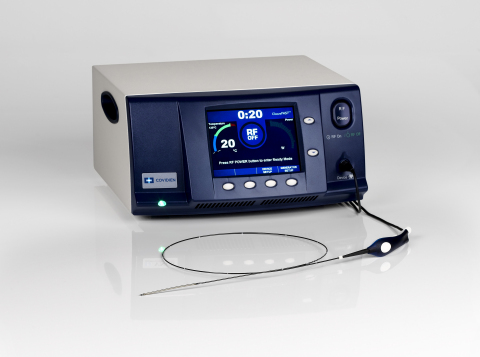 About the ClosureRFGTM Radiofrequency Generator

The next generation ClosureRFG™ Generators are designed to receive continuous intra-operative feedback from the RF fibre, keeping the temperature within the vein wall to 1200C at all times. This unique system helps provide consistent and effective temperature-controlled energy delivery.

What are the advantages of Radiofrequency Ablation?

What should you do before Radiofrequency Ablation?

What happens during Radiofrequency Ablation?

What happens after Radiofrequency Ablation?

What can you expect following Radiofrequency Ablation?

The following features are expected. They are not a cause for concern although they should be reported at review:

What are the possible complications from Radiofrequency Ablation?

Complications can occur even with perfect technique. 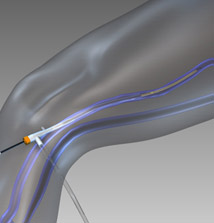 With ultrasound guidance, the radiofrequency catheter is placed into the vein through a small incision and advanced to where treatment will begin. The catheter tip will be placed approximately 2 cm from the sapheno-femoral junction. 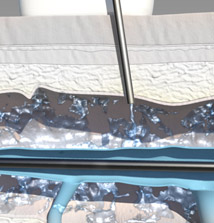 Again with ultrasound guidance, local anaesthetic is applied along the length of the vein. This is done to enhance patient comfort, provide a heat sink to protect surrounding tissue and most importantly to improve patient contact between the radiofrequency fibre and the vein wall. 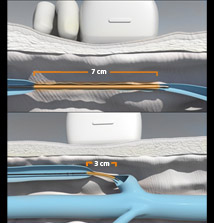 The RFA Fibre has a unique design and consists of a 7 cm length active tip, through which the RFA energy is released to heat the vein wall. It is generally activated for 20 to 40 seconds for every 7 cm length of vein, making for a quick and easy procedure. 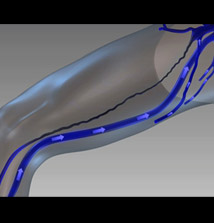 The release of radiofrequency energy from the tip of the fibre, produces a thermal reaction in the vein wall along the treated section, resulting in collapse and sclerosis of the vein wall with minimal discomfort afterwards.

How does RFA work?

The RF energy heats the vein wall, permanently sealing the damaged vein. Once closed, there will be no blood flow through the vein. In time, the body will absorb this vein, so that it is no longer present in the leg.

Is loss of the vein a problem?

No. After treatment, the blood the used to flow through the faulty veins will be diverted to the many normal veins in the leg.

What is the difference between EVLA (laser) and RFA?

For one, RFA utilises radiofrequency waves rather than Invisible Laser Light to help heat and seal the vein shut. Secondly, the maximum temperature reached within the vein with RFA is 120oC as opposed to temperatures in excess of 1200oC we see with EVLA. This means that RFA is much more gentle and refined with respect to the heating of the vein and this translates to less bruising and discomfort following the procedure.

What are the similarities between EVLA (laser) and RFA?

Both EVLA and RFA are thermal ablative procedures – which means that they both use a source of energy to help heat and permanently seal off veins. They are both endorsed by the Department of Health and Ageing in Australia and have the same Medicare rebates. In addition, they are both considered minimally invasive techniques for the treatment of varicose veins and can be performed safely in the comfort of a private medical facility, away from the confines a hospital environment.

How successful is EVLA?

What standards and guidelines are in place for practitioners in phlebology?

View standards and guidelines for practitioners working within the field of phlebology.

The cost of treating varicose veins depends on severity of the veins as well as which treatment is used. We discuss these costs in detail at your initial consultation.

A Medicare rebate is claimable on all varicose vein procedures, except the most superficial spider veins.

Learn all about your first appointment, what's included, and how much it will cost.